My previous blog entry, Understanding Cap and Trade through Example, Part 1, described how CO2 emissions associated with the generation of electricity from different types of inputs (coal, natural gas, renewable resources) are calculated, how utilities achieve reductions in emissions, and how under the requirement that utilities must reduce emissions, they are better off if they can buy and sell rights to pollute, as opposed to being forced to retool operations so as to achieve reduced emissions on their own.  Now that we have a better understanding of the basics of emissions reductions, let’s consider some alternative scenarios. 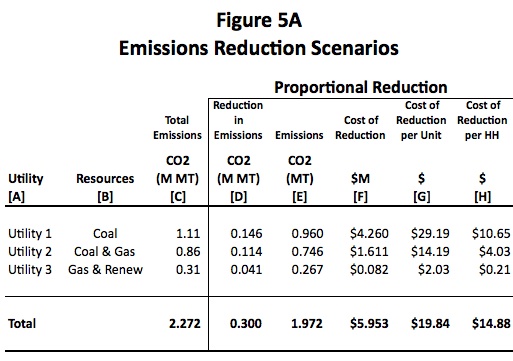 Since Utility 1 emits the most CO2, under the proportional reduction scenario, it will face the highest reduction in CO2.  And since Utility 1 also faces the highest costs of reducing emissions, it will end up spending much more than the other utilities to meet the reductions requirements (see columns [F], [G], and [H] in Figure 5A.  Assuming the utilities pass their cost increases onto their customers in the form of price increases, then under this proportional scenario, Utility 1’s customers face the highest price increases. 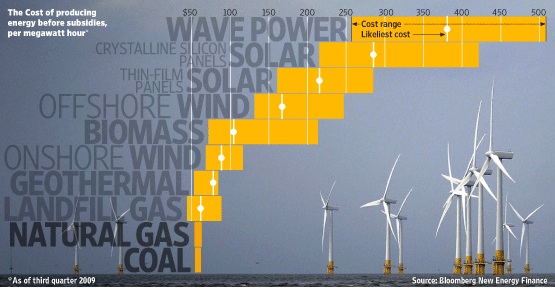 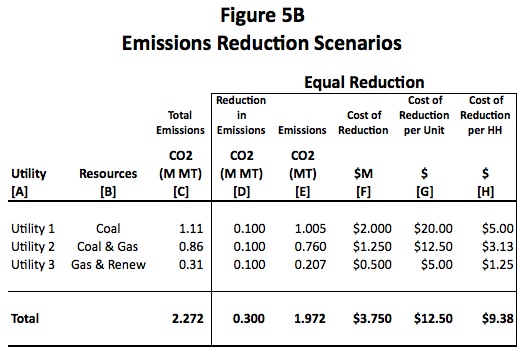 Under this equal reduction scenario, since Utilities 1 and 2 will end up reducing their emissions by less than their proportional share, their total costs of reduction under this second scenario will be less than that under the previous scenario.  The reverse holds true for Utility 3.

Given that it is decided that CO2 emissions must be reduced by 300,000 tons, the minimum cost way of achieving this result is presented in Figure 5C. 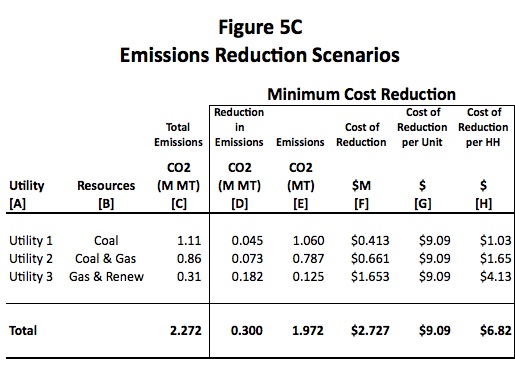 Under this scenario, most of the reduction in emissions is borne by Utility 3, the utility with the lowest cost of reducing emissions.

A summary of the three alternative reduction scenarios is illustrated in Figure 6. 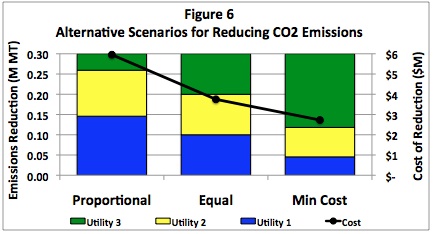 To clarify, Figure 6 compares the amount of emissions that the utilities would be required to cut from their operations (bars, left axis), together with the costs associated with retooling their operations to achieve these cuts (line, right axis) when utilities are not permitted to buy and sell rights to emit CO2.

Under a cap and trade system, however, the same total amount of emissions can be eliminated, but at a lower cost to utilities and consumers than those shown in the figure for the proportional and equal allocation scenarios.

In Figure 6, the minimum cost scenario shows the amount by which utilities will actually end up reducing their emissions under a cap and trade system by retooling their operations, together with the costs associated with the retooling.  Understand, though, that under a cap and trade system, Utilities 1 and 2 will end up paying more than just the cost of retooling indicated in Figure 6.  They will also spend additional funds to buy rights to pollute from Utility 3.  Likewise, Utility 3 will end up paying less than the costs of retooling, because it will be able to offset some of the retooling costs with funds it receives from selling rights to emit CO2 that it did not use to Utility 1 and 2.

In sum, then, according to the Coase Theorem, regardless of the initial allocation of permits, under a perfect information and low transactions costs scenario, the utilities should end up actually retooling their operations to reduce their emissions by the amounts shown in the minimum cost scenario in Figure 6.  The utilities will then buy, in the case of Utilities 1 and 2, or sell, in the case of Utility 3, rights to pollute for the difference between the actual reduction achieved by retooling and the reduction required by the initial allocation scheme.  In other words, who ends up polluting how much will be the same under all initial allocation scenarios.  What will be different will be the amount of money that utilities lose or gain from buying or selling permits. 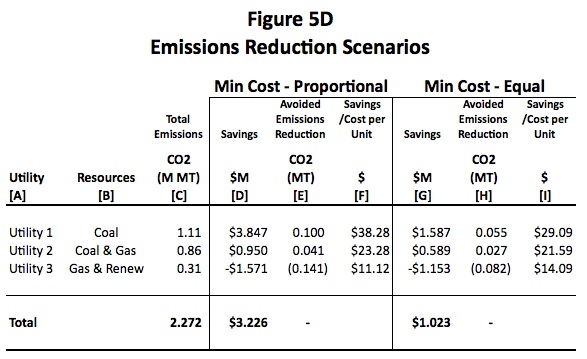 Continue on to Part 3.