Managing the Global Commons, with a Focus on Outer Space, Part 3A

The Case of Outer Space

Now that we have all the boring basics out of the way, we can move onto the good part — the analysis of Space: the Final Frontier!

This section starts off with an overview of the size and distribution of man’s activities in outer space. It then uses the analyses presented in the previous section (Methods of Managing the Commons) to propose some principles for the management of human activities undertaken in outer space generally.

The next blog entry will discuss the specific cases of the management of (i) space traffic and (ii) orbital debris.

Distribution and Size of Space Activity

A few statistics as to the size and distribution of activities in space are presented here, courtesy of The Tauri Group, “2014 State of the Satellite Industry Report.”

The size of the space industry as a whole is $320 billion. This includes 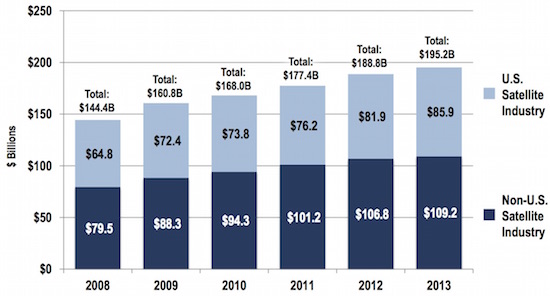 Figure 6 presents the distribution of satellites by function. Over half (53%) of satellites are used for communications purposes. 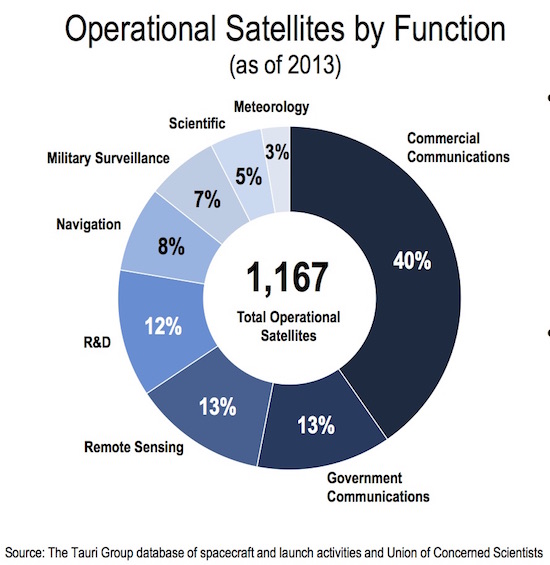 From NASA, Figure 7 presents the distribution of space activity by country/organization, where CIS is Commonwealth of Independent States (Russia and the former Soviet Union) and ESA is European Space Agency. 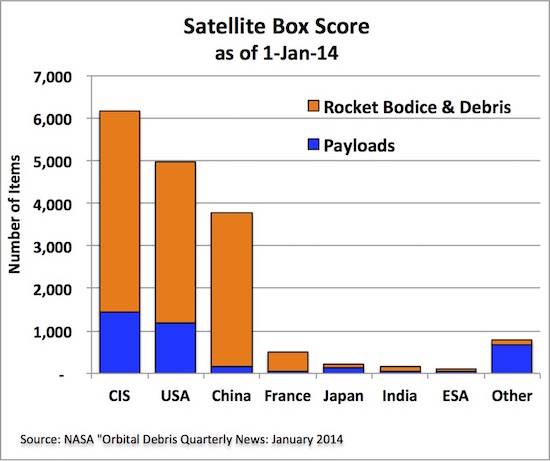 Figure 8 presents an illustration of the most heavily used regions in outer space (the exact range of distance included in each orbit is subject to dispute): 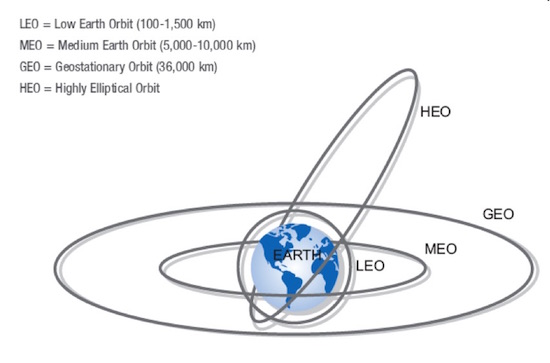 All satellites in orbit are in one of three orbits, LEO, MEO, or GEO, with the vast majority of satellites being split between LEO and GEO, with a slightly higher proportion in the former than the latter.

Finally, Figure 9 presents some key principles established by the UN as to the nature of activities that are permitted in space. 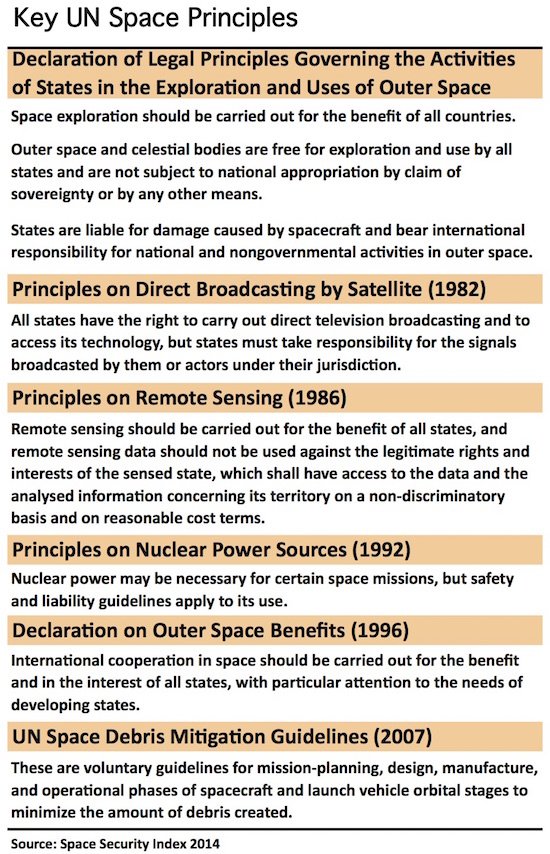 When most people think of outer space, they think about a vast, limitless expanse. Within this context, no one is excludable from (potentially) accessing outer space, and no one’s ventures into outer space detract from anybody else’s ability to also explore or exploit space. In this sense, outer space would be the ultimate public good – no excludability and no rivalry (see Figure 1).

In reality, however, there are relatively narrow portions of outer space that have ended up hosting the vast majority of space activity – LEO and GEO in Figure 7.  And these active regions are, indeed, “both rivalrous and congestible, making them common-pool resources (CPRs) within the larger global commons of outer space,” according to Brian Weeden in “The economics of space sustainability.”

The United States accounts for nearly 70% of global satellite manufacturing revenues, with 75% of that due to satellites produced for U.S. government contracts… Globally, government customers accounted for 70% of commercially procured satellite revenues.

The fact that activities in outer space are taken primarily on behalf of government entities means that actors will not necessarily respond to regular market incentives, such as taxes, that might normally be used to curtail certain types of activities. As Brian Weeden states,

As the public sector is traditionally much less responsive to prices and markets, LEO is thus a poor candidate for microeconomic policy mechanisms aimed at incentivizing behavior.

The fact that activities in outer space occur over long periods of time and among the same (albeit increasing) set of players (see Figure 7) suggests that a repeated prisoner’s dilemma game – rather than a one-shot game – might be a more appropriate approach to negotiating problems in outer space. Brian Weeden explains this further:

Although purely self-interested behavior and rampant free ridership does hold true for a single-round game such as the traditional Prisoner’s Dilemma, a large amount of evidence shows it does not hold true for games involving multiple rounds (iterations) and multiple types of players. In particular, the development of norms and mechanisms for players to reward those who follow norms or punish those who break norms can lead to situations where players act against what would be considered their private self-interest…

Another important issue in the use of outer space is information regarding the nature of activities being undertaken. When players do not have complete information about activities undertaken by other players, benign actions can easily be mistaken for hostile activities. This would suggest that another approach to negotiating problems in outer space would be to make as much information as possible about global activities in outer space freely available to all interested parties. Again, Brian Weeden further describes this idea:

Information economics also plays a role in the current space sustainability and security initiatives, and in particular the effort underway to increase the space situational awareness (SSA) available to space actors. SSA is information about the space environment, human activities there, and the relationship between the two. Only the United States and Russia currently have significant SSA capabilities, and there are significant limits to their capabilities as a whole. These limits create a situation of missing information where knowledge of the current state of the resource environment is not uniform across all actors, and under this bounded rationality actors are often reliant on common sense and ideology in making decisions even if it results in additional harm or inefficiency. Efforts to increase SSA among all space actors can have collective benefits by both providing missing information to all actors and eliminating information asymmetry that could lead to mistrust, misperceptions, or divergence of private values from group norms.

Finally, the common pool resource classification of outer space suggests that Ostrom’s design principles might be helpful in establishing a management framework for problems encountered in outer space. In particular, Ostrom’s principles would suggest that all players with an active role in activities undertaken in outer space – not just government but also civilian (commercial) entities – should participate in negotiating agreements. Additionally, Ostrom’s principles would suggest that all players – not just a selectively designated government entity – should contribute to the information gathering and monitoring processes. Once more from Brian Weeden:

Ostrom’s principles indicate that for there to be useful progress on space governance, most resource appropriators affected by rules governing use of a resource should have a voice in both making and modifying said rules. Thus, a discussion on potential new fora for true multi-stakeholder discussions on space governance is currently an important issue.

This research also provides guidance on what direction efforts to SSA should take. Ostrom’s principles indicate that for maximum effectiveness, the monitoring of the CPR should be done by the resource appropriators themselves. This indicates that rather than push for a single nation or international entity to provide SSA to all space actors, efforts should instead focus on increasing SSA capabilities among and data sharing between many space actors. This allows many space actors to verify at least some of the activities in space using their own capabilities, leading to greater overall trust.

Now that we have a better idea as to the nature of activities taken in space, we can consider some specific problems, those of space traffic management and orbital debris.

Go to Part 3B: The Problems of Space Traffic Management and Orbital Debris