The Merging of Science and Technology

The shift in society from authority-based to reason-based information took several hundred years, many movements and revolutions, and the influence of great men such as Nicolaus Copernicus, Francis Bacon, Galileo Galilei, and Rene Descartes. It was during this transition that “the building of bridges between the sphere of knowledge and that of production, between savants and fabricants” began to take place.[2] Science and technology were finally wedded. Equally important to the unification of science and technology was the changing nature of society – attitudes, government, and markets. In this new, fertile, social environment, science and technology first began to inform one another. The resulting feedback loops began powering sustainable technological innovation as early as the 2nd Industrial Revolution at the turn of the 19th century. [2] Since then – in modern society – science and technology have worked together synergistically to propel social growth and development to phenomenal new heights.

Cannabis was first listed in the United States Dispensary in 1854, and “at least 100 major articles were published in scientific journals between 1840 and 1900 recommending cannabis as a therapeutic agent for various health conditions.”[3] However, anti-cannabis sentiment started brewing in the US in the early 1900s. Soon thereafter, the Marihuana Tax Act of 1937 strongly regulated and stigmatized the use of cannabis by doctors and patients. “Medical products derived from cannabis were removed from the US Formulary and physicians could no longer prescribe it.”[8] Cannabis use in medicine quickly plunged: “its decline in medicine was hastened by the development of aspirin, morphine, and then other opium-derived drugs, all of which helped to replace marijuana in the treatment of pain and other medical conditions in Western medicine."[4] With the Controlled Substances Act of 1970, cannabis became an illegal drug under Federal law. Scientific research on cannabis had long since withered for lack of available funding.

US Cannabis Technology Was Stoked

Since the early 1900s, however, despite the increasing social stigma surrounding cannabis use, recreational cannabis continued to gain popularity in pockets of society. Since its original debut in US society, the cannabis being used recreationally had been imported, mostly from Mexico: “home grown” was low quality, “something you only smoked in an emergency.”[5] However, not long after Nixon started his War on Drugs in the late 1960s, the US began working with the Mexican government to stop cannabis imports from Mexico into the US. In addition to cutting off cannabis imports from Mexico, “other eradication programs wiped out crops in other foreign countries that once were America’s leading suppliers.”[6] As supplies of foreign-grown cannabis dried up, US ingenuity kicked in, and domestic growers began in earnest to develop cannabis technology themselves. Ironically, the US government unwittingly fostered the development and flourishing of a domestically-supplied market, by protecting the home-grown market from foreign competition.

A super potent strain of marijuana [sensimilla], born and bred in America, has vaulted this country to world-class status as a marijuana-producing power…

In many ways, the rise of sinsemilla is a prime example of American ingenuity: American growers displaying the horticultural prowess to engineer more productive and potent sinsemilla, and American companies developing an array of high-tech gadgets to make the job easier.

Due to the illegality of the home-grown market, none of the technology being developed by fabricants could be patented: increasingly potent varieties of sinsemilla, elaborate hydroponic growing systems, and special growing lights, just to name a few.

US Cannabis Science Was a Drag

The first breakthrough discoveries in cannabis had come in 1964, when Raphael Mechoulam first isolated the main psychoactive compound in cannabis, THC, the substance that makes people high. But it took another 25 years – not until the early 1990s – in the subdued research environment before researchers finally discovered the system in our bodies upon which cannabis acts, the Endocannabinoid System.[4] After this groundbreaking discovery, cannabis research started to accelerate (see Figure 1). 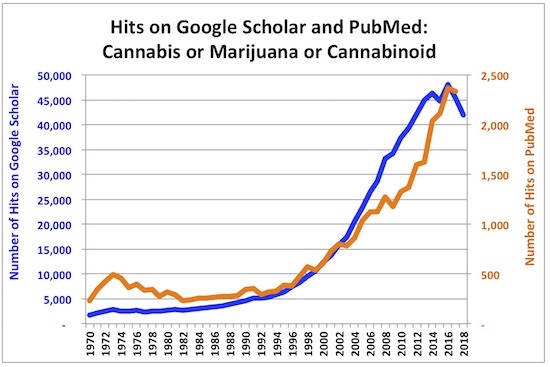 Grassroots support for cannabis had been pushing for the legalization of cannabis ever since it became illegal at the federal level under the Controlled Substances Act of 1970. As early as 1973, states began to declassify or decriminalize the use of cannabis at the state level.[7] Grassroots movements finally triggered a major breakthrough: in 1996, California became the first state to legalize cannabis for medical uses, despite the fact that cannabis remained illegal at the federal level. The tide had changed. Over the next decade and a half, between 1996 and 2012, 17 states legalized cannabis for medical use. [7]

Reunited and It Feels So Good

With the discovery of the Endocannabinoid System in the early 1990s, a scientific basis for the workings of cannabis was finally established. This new-found legitimacy kick-started the industry onto the road toward destigmatization and served as the basis for the worlds of cannabis science and technology to finally start to inform one another. During the mid-to-late 2000s, cannabis activity really started to blossom (see Figures 2 and 3). 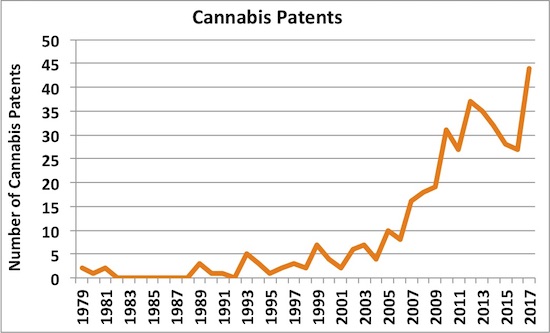 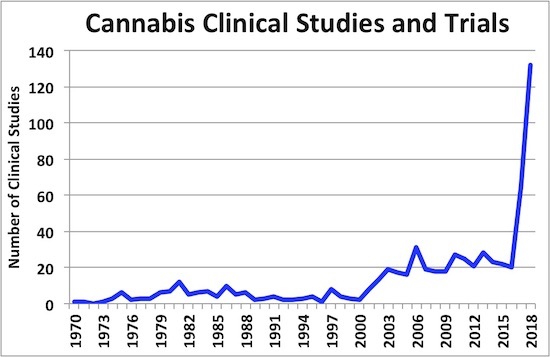 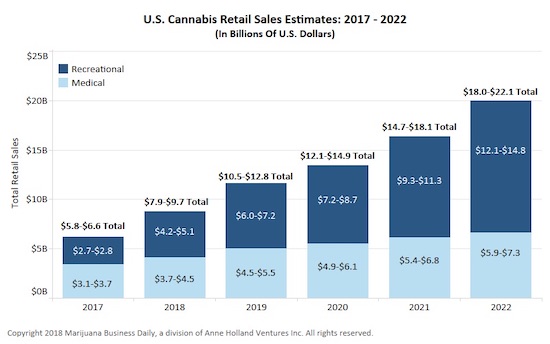 The cannabis industry is simply one of the more recent examples to illustrate the supreme power of science and technology synergism.

[3] Chris Conrad (1997). Hemp for health: The medicinal and nutritional uses of Cannabis sativa. Retrieved from https://books.google.ca/books?id=rS381BP25Q8C&pg=PA23&dq=Parke+Davis+Cannabis&hl=en&sa=X&ei=G7ZlT-zKIcSgiALGu6ClDg#v=onepage&q=Parke%20Davis%20Cannabis&f=false