I searched the USPTO patent database for all patents for which the patent abstract contained any of the following terms: cannabis, cannabinoid, marijuana, tetrahydrocannabinoid, or cannabinol. My search yielded 914 patents.

As seen in Figure 1, there were only a handful of cannabis patents each year until the late 1990s. Cannabis patent activity started increasing at a roughly constant annual rate between 2001 and 2010. Patent activity leveled off between 2010 and 2015, then accelerated through to the present.

Based on patent descriptions, I assigned each patent to a category and subcategory. I defined the patent categories as follows:

Delivery: Methods of or compositions for delivering cannabis into the body

Detect: Methods of detecting cannabinoids in products samples or in people

Treatment: Cannabis compositions for the treatment of specific conditions 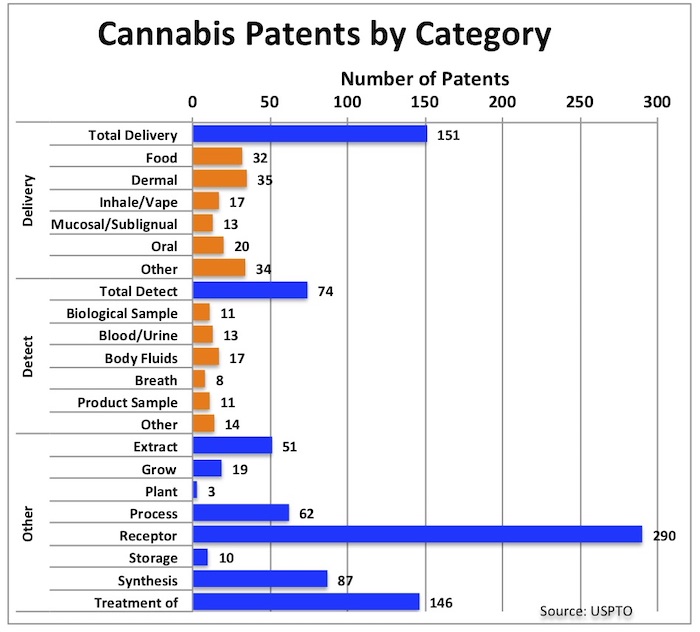 Trends in Categories over Time

The most interesting part of the analysis was seeing how activity in different categories of inventions has evolved over time.

Annual patent and application counts by category are presented in Figure 3. 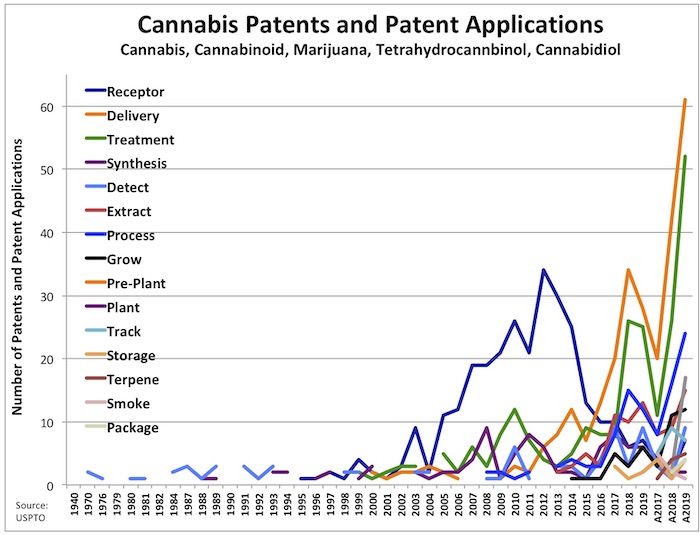 As the figure shows, patents involving activation of cannabinoid receptors have peaked and are on the decline. More recently, the majority of activity has focused on (i) methods of delivering cannabis into the body, (ii) cannabis compositions for treating specific conditions, and (iii) methods for processing and extraction cannabis.

What I found particularly interesting about cannabis patents are all the technologies I’ve seen and read about that are not included in the patent or application databases. Granted, most of these technologies are software- (and perhaps also hardware-) based, which are more difficult to patent.

Technologies I’m familiar with that are absent from the patent database include, for example:

Will the Fed Raise Rates? Will the US Dollar Lose Reserve Status?

Why Is Cannabis Such a Tough Nut to Crack? A Synopsis of Supply and Demand Complexities

Written by Ruth Fisher on Tuesday, 10 May 2022. Posted in Insights Blog

Written by Administrator on Monday, 09 May 2022. Posted in Insights Blog

Arguments For and Against Caps on THC Potency